Three peaks observed in the CMB radiation assumed to be the “contact areas” with neighbour universes (one anti-material and two material?)
The red peak area could have more energy due to much more annihilation processes between matter and antimatter, at the contact areas.

see also: https://briankoberlein.com/2015/12/21/strange-physics-cyclic-cosmology/
and THIS

The three peak areas can easely fit on an ellipse being a circle in 3D view on the CMB globule. It seems impossible to fit the 4th peak on an ellipse, conclusion:  we live inside one of the Eight raspberries of the multiverse. 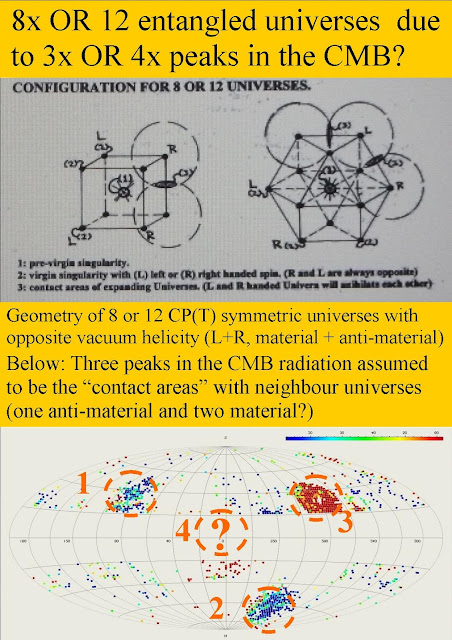 Conclusion: a Dodecahedron multiverse seem to be not supported by observation of the CMB. peaks 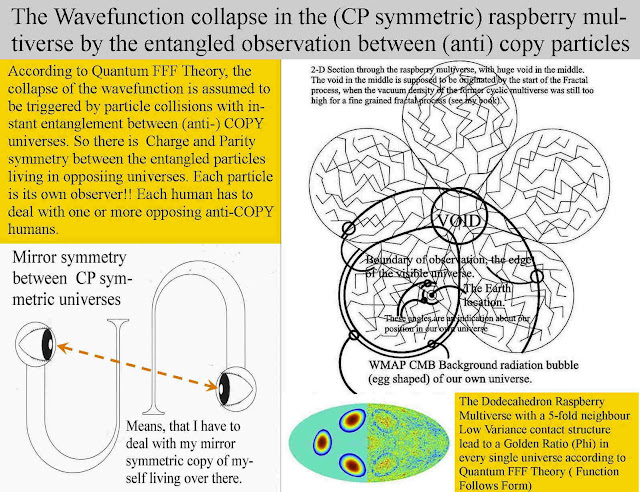 Back to my older proposal below.