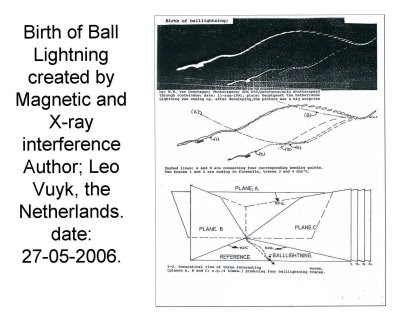 The idea of the origin of natural and artificial ball lightning or small Comets, is that ONLY the postulated three-wave interference mechanism including at least one x-gamma ray component is needed to form a real particle KNOT inside the oscillating new Higgs vacuum lattice.
This KNOT ( or micro black hole) seems to be able to produce a macro CASIMER effect and violate the second law of thermodynamics by the Fermion repelling horizon.
I have no knowledge of measured x-gamma-ray production around artificial or natural ball lightning.
I only have knowledge of the fact that Comets sometimes emit x-rays and even have signs of anti matter annihilation.
These effects are in line with my new (micro) black hole theory.
The production of x-rays inside lightning strokes is well known and first observed by J.R.Dwyer, see:
http://my.fit.edu/~jdwyer/papers.htm
See also: http://bigbang-entanglement.blogspot.com/
For x-ray production related to discharges, see x rays from 80 cm long sparks in air:
http://www.lightning.ece.ufl.edu/PDF/AGU/Rahman_et_al_2008.pdf
Multiple X-ray bursts from long discharges in air, C.V. Nguyen, A.P.J. van Deursen, U. Ebert, J. Phys. D: Appl. Phys. 41, 234012 (2008) [7 pages, 7 figures], paper 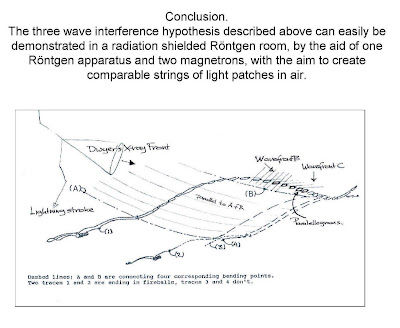 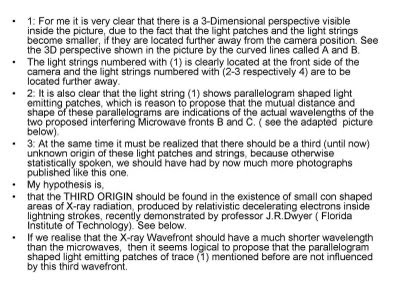 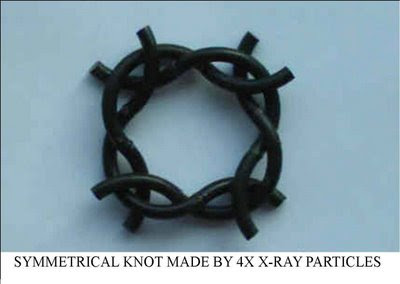 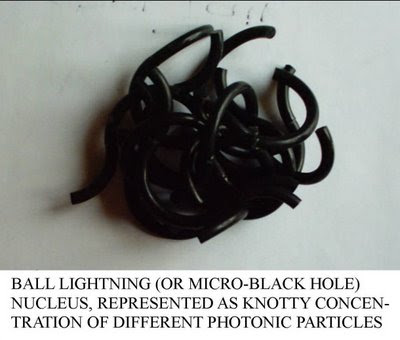 Fireball photo by Jon Burnett, Sept 2003, the second photo was taken about 4 minutes later. You may observe that the speed of the fireball was not very high as meteors mostly used to be.
Secondly the brightness of the fireball is very much decreased in the second photo. This is an idication that the sunset reflection of the vapour trail, is responsible for most of the brightness and a support for the "Small Comet" hypothesis.

Fireball photo by Werner Burger in Montafon mountains Austria.
Werner reported that there was some dripping rain and far rumbling thunder.What we are able to observe on this photo, is that this fireball has a TAIL which seem to be produce a trail of (water) vapour.At the same time it looks as if some raindrops are accelerated with a "curve" into the direction of the falling fireball, which could be a sign of mass Dynamic attraction by the fireball.Some other "raindrops" seem to be linear accelerated more or less in line and keep up with the fireballs tail.These features seem to me a clear example of the violation of the second law of thermodynamics and a great support of my model for a NEW black hole theory.http://bigbang-entanglement.blogspot.com/2007/02/higgs-vacuum-energy-lensing-effect-and.html 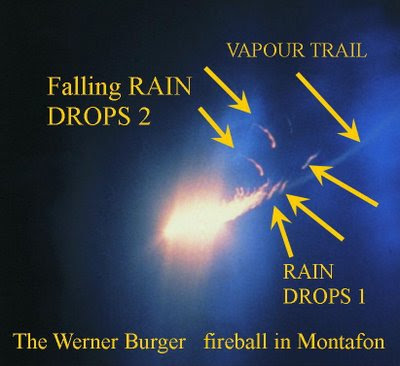 Below you find a LANGMUIR LABORATORY video of a Sprite in very slow motion, taken with 10.000 frames per second.
What you see is the production of multiple ball lighnings falling down.
My suggestion is, that all balls create a so called "pushing gas tail" to get an horizontal motion.
Only the largest falling balls are able to create a large enough pushing gas-tail to become a small COMET which is able to climb at higher altitudes, as the NASA videos show us.
http://migratingblackholes.blogspot.com/2009/02/sprites-and-elves-origin-of-small.html

For an even more detailed Langmuir video, with clear cut fireball production see;

For a double tailed small Comet, reflecting in the evening sun see: http://www.youtube.com/watch?v=Ff1xZNddQIE&NR=1

Production of Fireballs as potential micro Comets going DOWN AND UPWARDS
inside Sprites: a LANGMUIR SLOW MOTION video,
10.000 frames per second.
We count that these fireballs run for about 10 kms in 1 second.
If this video is running on 25 frames/sec, the speed of these balls is about 4000 km/sec

EXAMPLES OF BALL LIGHTNING AND SMALL COMETS ON EARTH.

This is a compilation of free moving fireballs found on youtube.


For comparizon reasons, this is a slow motion video of ordinary cloud to ground lightning.
The lightballs at the beginning of the stepped leaders are NOT ball lightnings!