THE ORIGIN OF UNIVERSAL COMPLEXITY AND GAS CONCETRATION

Breaking news: 2010: First Evidence for Magnetic Field in Protostar Jet: Magnetism Common to All Cosmic Jets?
http://www.sciencedaily.com/releases/2010/11/101125202011.htm
Astronomers have found the first evidence of a magnetic field in a jet of material ejected from a young star, a discovery that points toward future breakthroughs in understanding the nature of all types of cosmic jets and of the role of magnetic fields in star formation.
(End quotation)
At last, the mainstream is thinking into the right direction of new negative charged electron based jets created by double black holes located at both sides of stars Herbig haro systems and galaxies. 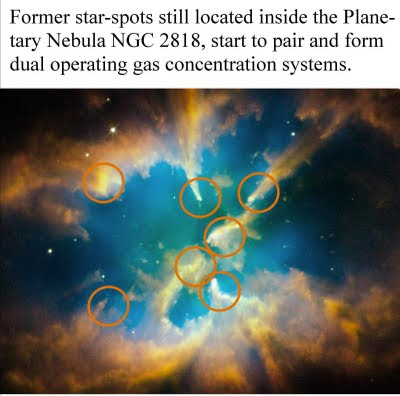 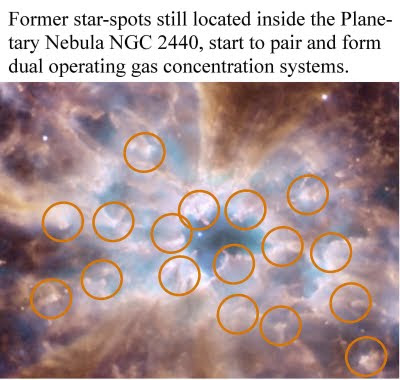 These former star-spots (micro black holes) are travelling to the center of the PN, they seek at least one other micro black hole and form together a new dumbbell gas concentration system.
This pairing system is supposed to be the basic origin of universal complexity via Super Nova and later Planetary Nebula,
in addition to the original Lyman Alpha distribution of gas concentrating black holes of the Big Bang Inflation epoch. 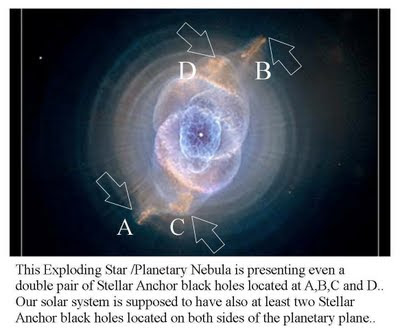 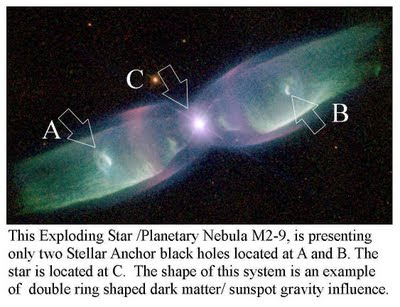 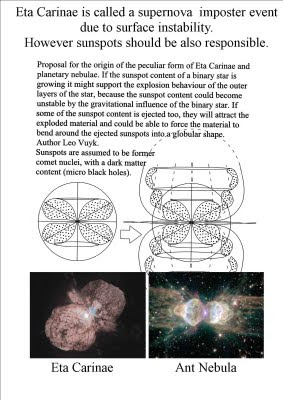