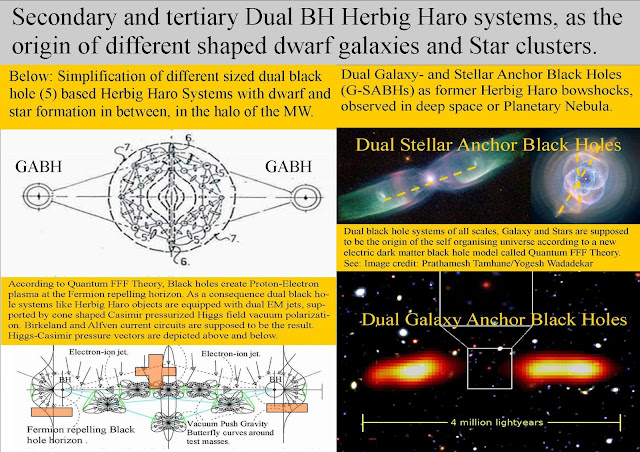 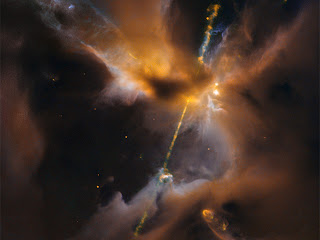 according to sciencedaily.
Magnetic configuration is key to growth of dusty disks orbiting young stars.
http://www.sciencedaily.com/releases/2015/12/151221133851.htm
However there is more to say about those dual black holes:
They produce plasma globules which are external negative charged and internal positive charged.
So not only  the Big Bang or inflation is the origin of matter creation, it happens all around black holes even the smallest ball lightnings. 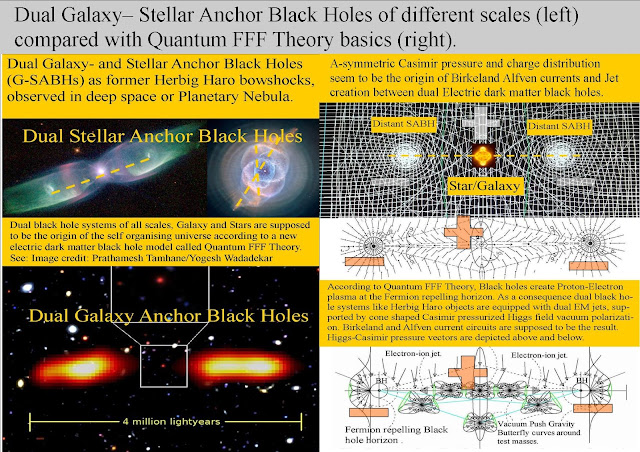 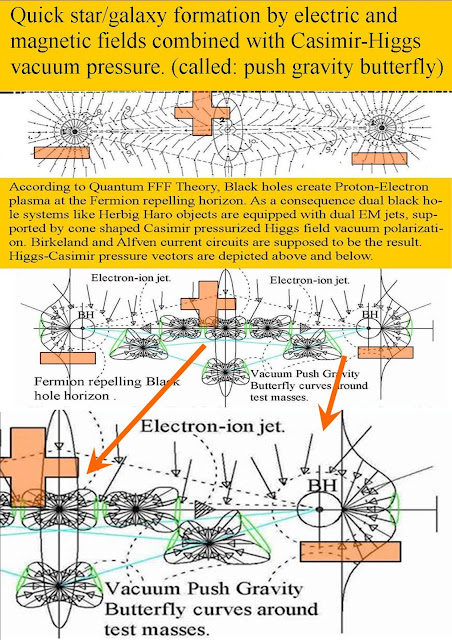