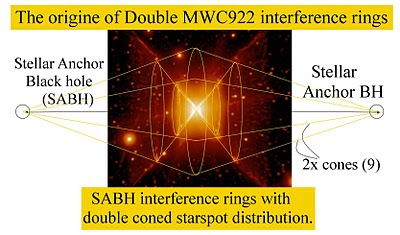 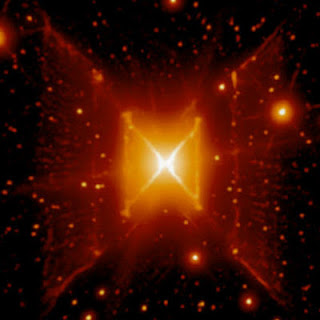 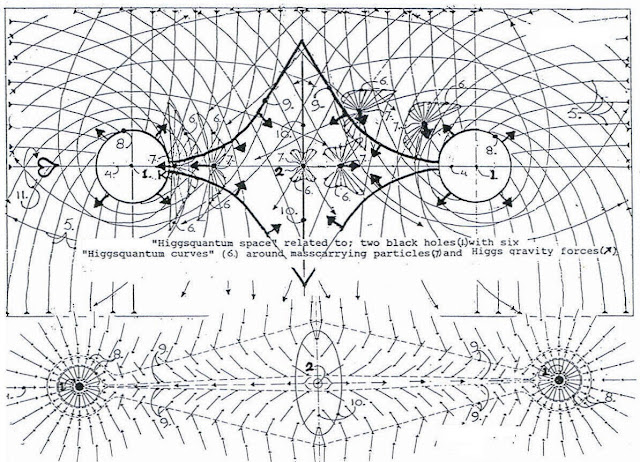 Presentation of the double coned (9) vacuum structure around dual stellar anchor black holes. This double Black hole system is assumed to be also present inside all Herbig haro objects up to early spiral galaxies like Cygnus A and some Planetary nebula. 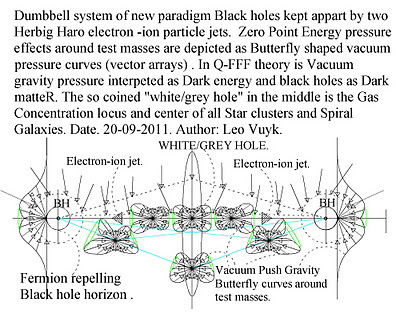 Is there other evenidence for the double coned vacuum structure around stars?
YES, see:
Mysterious 'Ribbon' of Energy and Particles That Wrap Around Solar System's Heliosphere Isolated.
Here we present an explanation for the Mysterious 'Ribbon' of Energy around the solar system, based on the former image of SABH structure effects around MWC922.
Thus we expect the mysterious ribbon to be an extra support for dual Stellar Anchor Black Holes!! (SABHs) 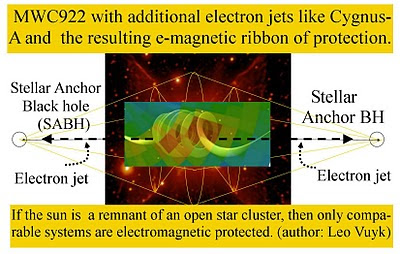 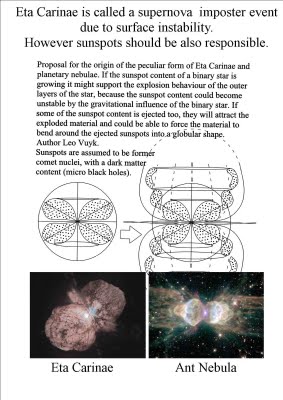 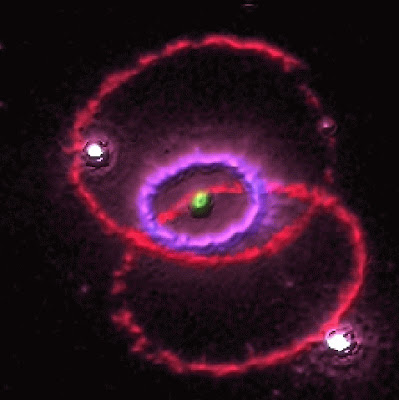 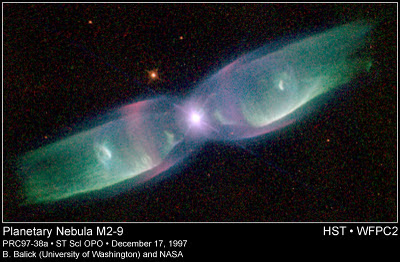 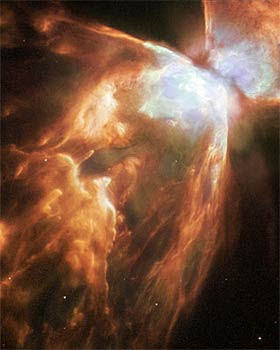 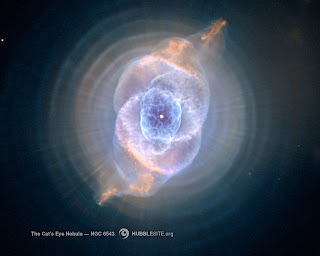 Starspots are supposed to be NEW paradigm micro black holes,
If these sunspots explode with the star, they seem to form different structures.
Three ring systems and double cone systems if the exploding star is equipped with so called dual SABHs ( stellar Anchor Black holes)
Examples: MWC922, SN 1987A, Cats Eye etc.
Single ring systems seem to form if no SABHs are present.
Examples: M16 with the eagle, Crab nebula, Helix nebula etc. 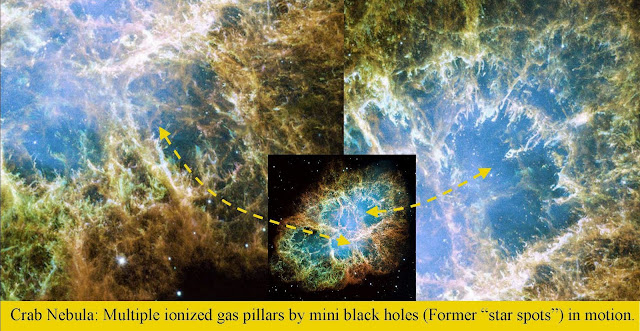 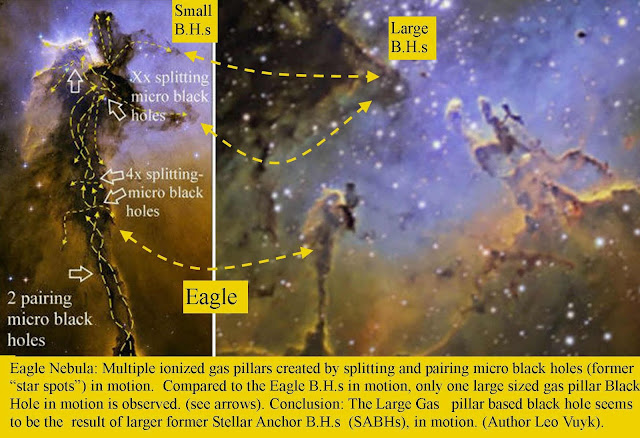 THE HELIX NEBULA, A SPECIAL EQUILIBRIUM STATE.
COMETARY KNOTS AND NEW STAR FORMATION
Cometary knots (FORMER STAR SPOTS) decelerated by the vacuum itself but accelerated by overrunning ionized gas. However also DECELERATED by pushing H2 tails created by CKs own H2 emission.
See; new black hole /sunspot properties, "An Alternative Black Hole, Provided with Entropy Decrease and Plasma (H2) Creation"
http://vixra.org/pdf/1103.0011v2.pdf
Conclusion, the Cometary knots will achieve a stand still position in the nearby future. According to Q-FFF theory then they will start to accelerated into central star directions as can be observed inside the Crab- Eagle-and Carina nebulas.
In succession they are supposed to create new gas-pillars and dumbbell structures (HH objects) as new seeds for new star formation.
FOR RECENT OBSERVATION SEE:
http://iopscience.iop.org/0004-637X/642/2/923/fulltext/63721.text.html

Example on how astronomers try to make proposals for the CK properties such as H2 emission.
see also:
Wisps and knots in the Crab nebula.
It is then puzzling that mysterious structures like wisps and knots, although intrinsically dynamic in synchrotron emission, remain quasi-stationary on time-scales of a few days to a week in the relativistic pulsar wind.
http://lw20.com/2011060797580484.Html
More on quasi stationary knots in the Crab nebula:
While forward fast MHD shocks move outward with a speed close to the speed of light c, reverse fast MHD shocks may appear quasi-stationary in space under appropriate conditions (to keep the knots quasi stationary)
http://onlinelibrary.wiley.com/doi/10.1046/j.1365-8711.1998.01216.x/abstract