Based on observation of the ball lightning photo of mr. van Overhagen, the Langmuir video of fireball producing Sprites and the Sungrazer Comets, we may conclude that there are at least three ways of micro black hole production possible, leading to the existence of ball lightning, small Comets and large Comets.
1: Three-wave interference of ordinary lightning into ball lightning (see Overhagen photo)
2. Three wave interference of Sprite lightning into bigger ball lightning or small Comets ( see the Langmuir video)
3. Three wave interference of Stellar Electro magnetic eruptions into small and large Comets. The evidence of EM and x-rays is clearly found in this video:
http://www.livescience.com/common/media/video/player.php?videoRef=250407Sun_outburst
The fact that we observe very few ball lightning around strong lightning activity, is reason to assume that not only magnetic or electric energy but also x-ray interference energy is at stake.
(Message to the cyclesi group)
Thank you Bill for this new elongated LANMUIR LAB. video, because it tells me a crucial fact more than the shorter Langmuir video of the Sprite I had before.
It tells me that at the end of the down falling Sprite fireballs they GO UPWARDS!!!! Which supports my small Comet proposal:
See the new longer video:
http://www.livescience.com/common/media/video/player.php?videoRef=080607sprites
HYPERION the spongy but icy comet remains, abandoned by its nuclear micro black hole, has become a moon of Saturn. 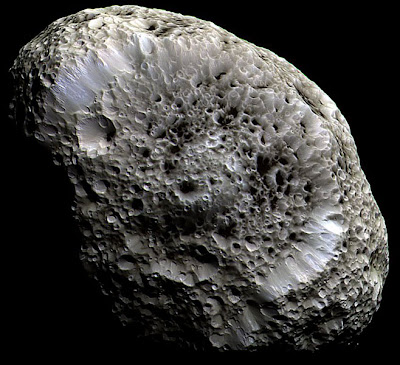