The pairing and splitting of Electric Dark Matter Black Holes into dual Herbig Haro bowshocks, as the fast creation and proliferation of Stars and galaxies in the universe..
FLAT Pillars of Creation in 3D, support the Electric Dark Matter Black Hole pairing and splitting process into electric Herbig Haro systems, according to Quantum FFF Theory.
See also: http://www.astronomy.com/news/2015/04/the-pillars-of-creation-revealed-in-3-d
According to Q-FFF Theory, all Black Holes are charge splitters and able to produce plasma by pair production out of the vacuum fluctuations, between two different electric charged horizons (Anode at the outside) .
The chirality of the vacuum and the opposite spin of the electron and positron are supposed to be important production elements. The resulting Fermions are polarized and pushed back from the horizon,
creating the negative charged plasma and the flat shaped Pillars of Creation we observe here..
Conclusion FLAT Pillar are always the result of pairing  TWO Black holes.
THREE black holes ( or even more) should be able to produce real cone shaped pillars.However then we may observe additional BH splitting ( e.g. see: the Eagle nebula) 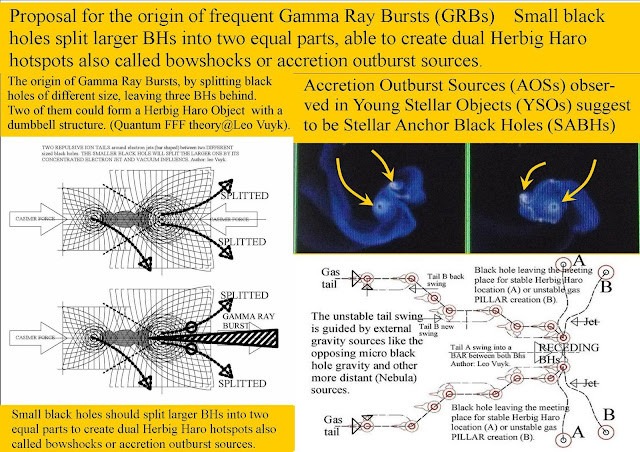 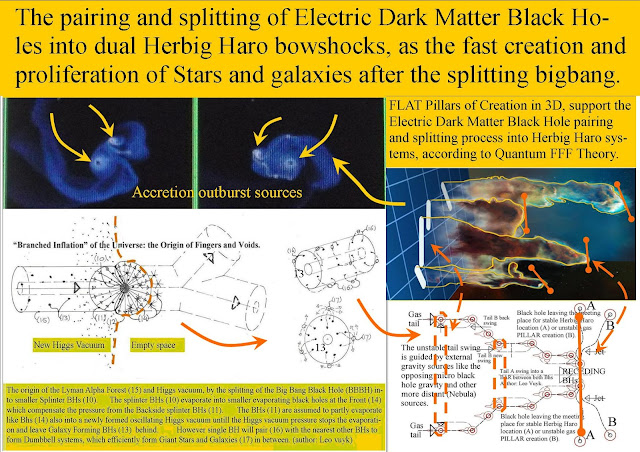 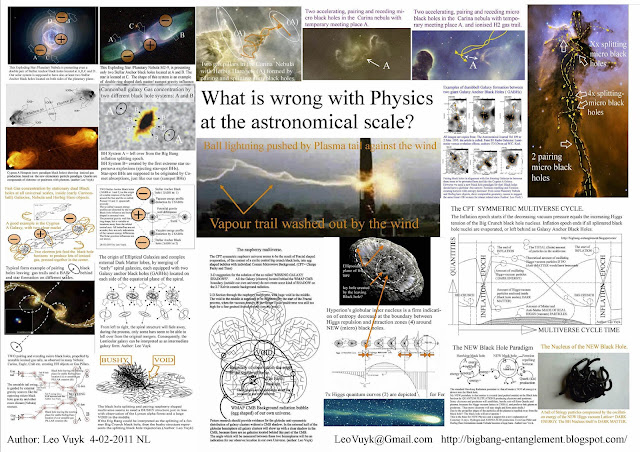