The UP direction is assumed to be the  interference trajectory ending into the quantum knot (micro BH), falling down by gravity influence, but PUSHED away by the electric anode effect. The quantum knot is supposed to have a negative charged electron Shell, around a positive charged ionized nucleus. 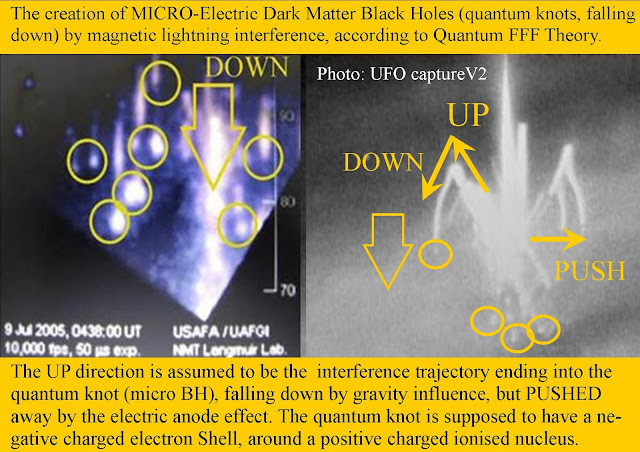 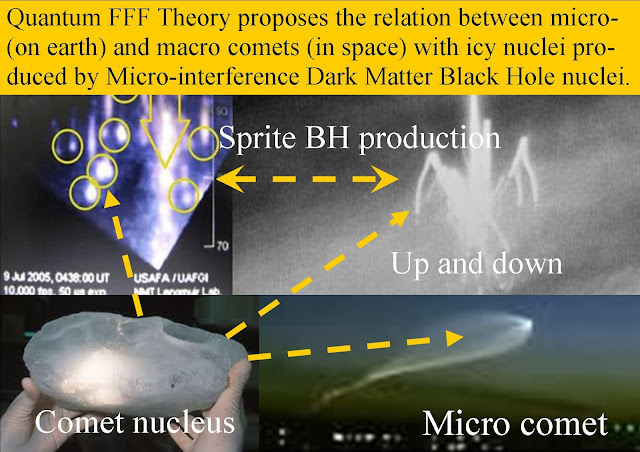 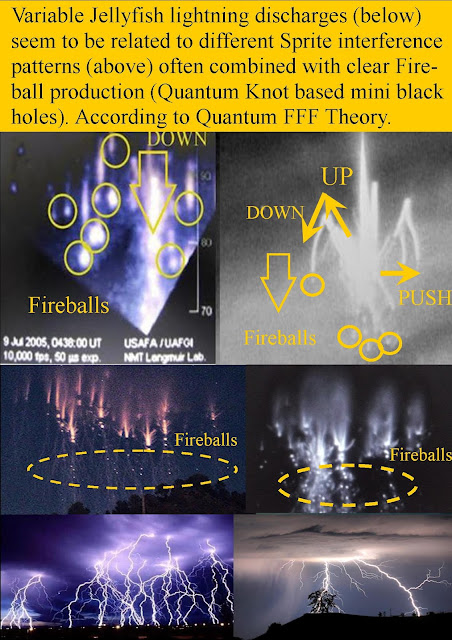